As one of Switzerland's most anticipated winter events, the festival is renowned around the world for the beauty of the surroundings and the complexity of the flying conditions.

As a visiting card for Château-d’Œx, the festival contributes greatly to the region’s reputation around the world. Over the nine days of the festival the general public can enjoy a varied programme of demonstration flights and competitions.

the festival in figures

15'000
copies of the official programme printed and distributed each year

20
members of the organizing committee 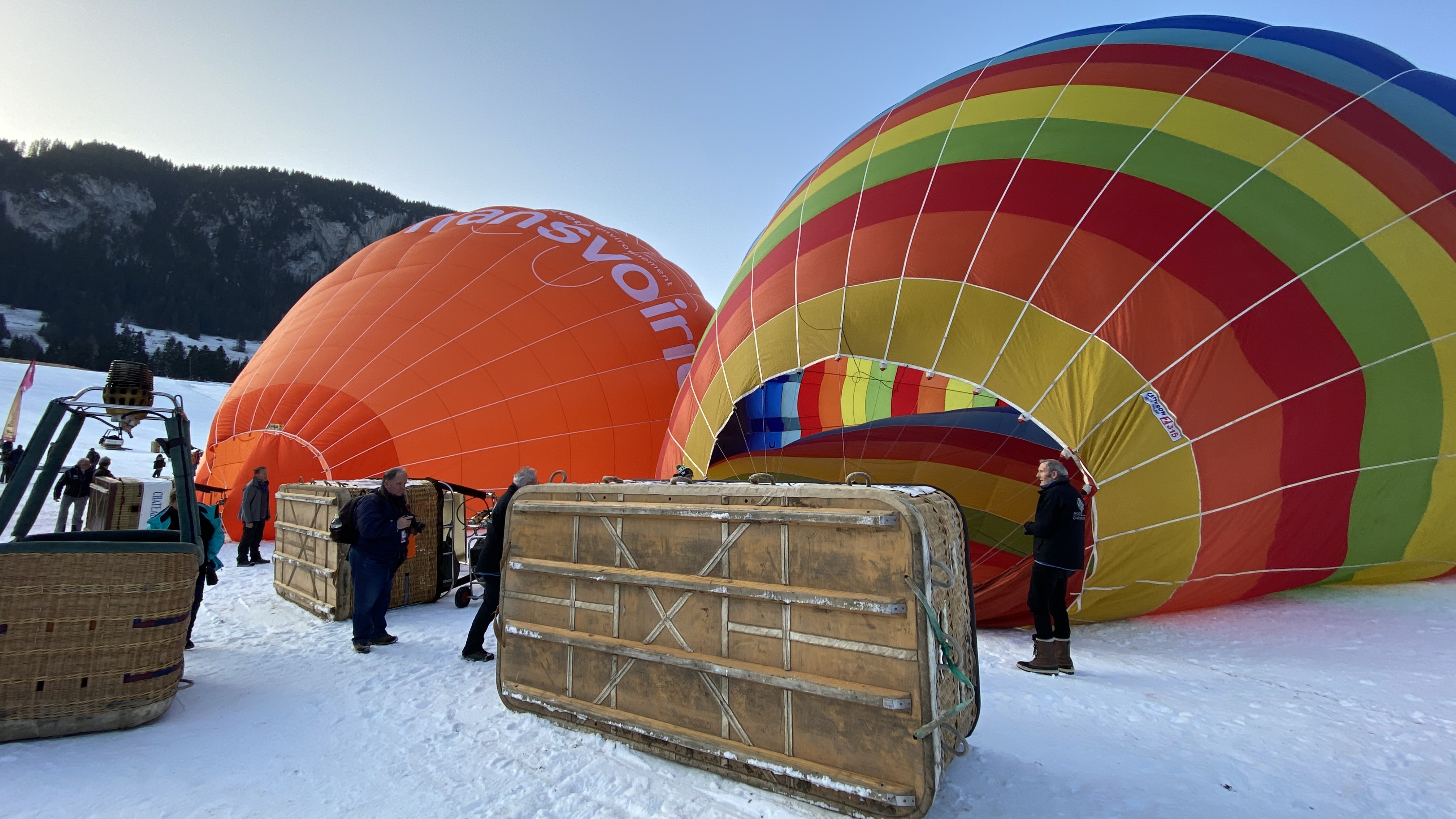 We are only able to stage the 9-day event thanks to the valuable support provided by our sponsors and partners.
Learn more 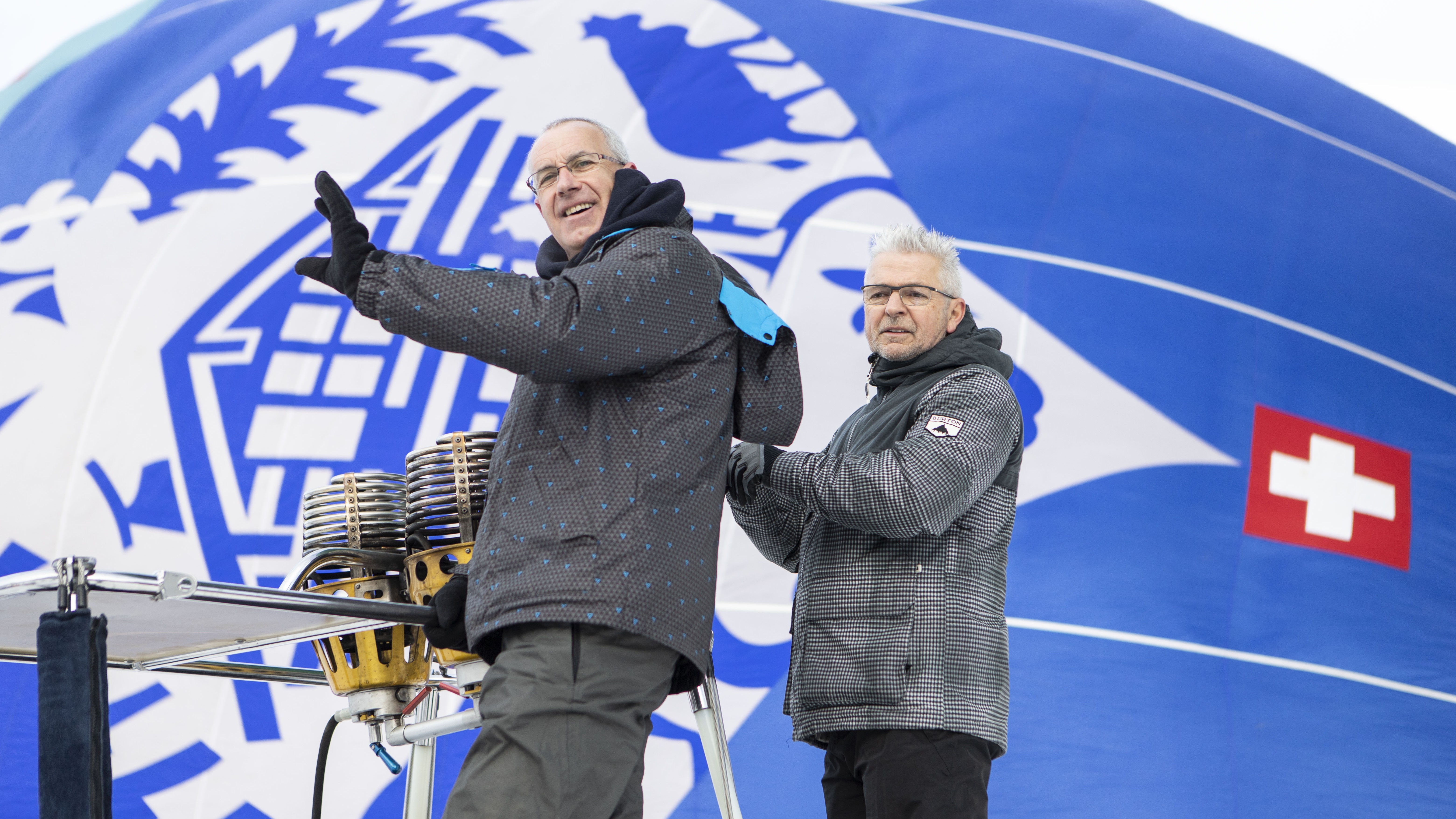 Would you like to find out what goes on behind the scenes at the festival ? Join the volunteer team now !
Learn more 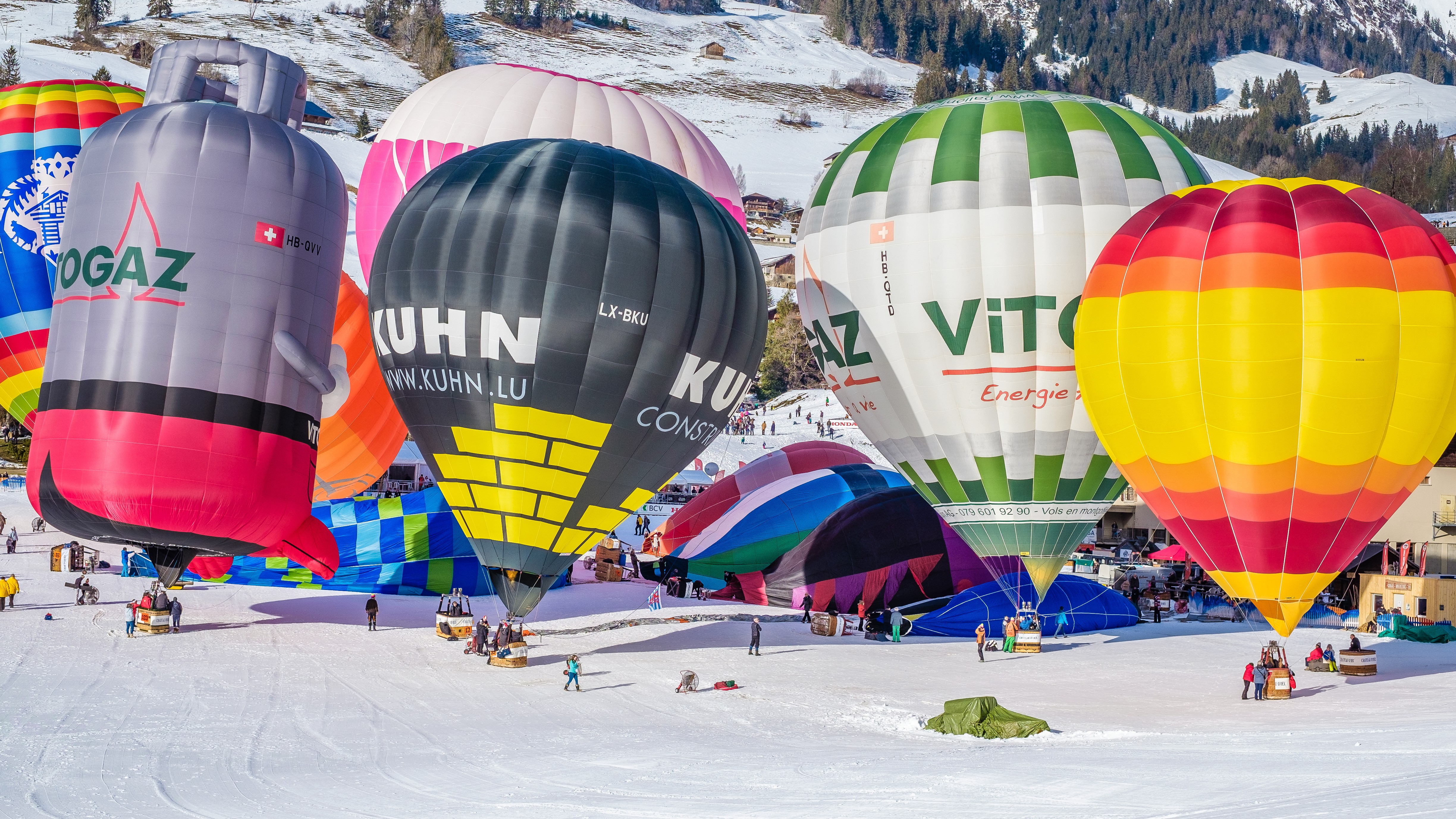 You can help support the International Balloon Festival and the Espace Ballon and discover the Pays-d’Enhaut’s flagship event from the inside !
Learn more

February 1979, the Tourist Office organises the 1st International Hot Air Balloon Week with the collaboration of Hans Bücker, 12 balloons from 5 different countries attend the event. This inaugural event raises the profile of Château-d’Œx both in Switzerland and abroad. David Niven, the famous actor and star of «Around the World in 80 Days», sponsored the first event.

February 1994, the 4th World Hot-Air Ballooning Championship. This was the first time that an event of this kind took place in the Swiss mountains during winter. 16 pilots from 9 countries competed in 12 events held around the Pays-d'Enhaut. Julia Kourotchkina (Miss World 1993) and Roger Moore, alias «James Bond», were the godmother and godfather of that year’s event.

March 1999, the Breitling Orbiter III, designed by Bertrand Piccard and Brian Jones, took off from Château-d'Œx on March the 1st at 9:05 am. After a flight lasting 19 days, 21 hours and 47 minutes, they landed in the Egyptian desert on March 21st at 6:57 am. This was the first round-the-world balloon flight and it broke both the flight time and distance records (45,755 km).

2010, the 32nd edition suffered due to overcast weather conditions. This was the first time the Night Glow had to be cancelled. On the positive side, the programme was extended to include other types of aircraft. A magnificent flight also took place celebrating 10 years of the twinning of the towns of Bristol (UK), Romorantin (FR), Sint-Niklaas (BE) and Château-d’Œx (CH).

2017, all possible flight windows were exploited during the event. The pilots accumulated over 800 flight hours and 611 take-offs took place. We also witnessed the take-off of the gas balloon piloted by Nicolas Tièche and Laurent Sciboz, which landed in the French Jura after 21 hours in the air. After a 5-year absence, the Night Glow once again provided a unique spectacle during the climax of the event.

2023,this year marked the 43rd year of the International Balloon Festival!